The big event! The Ferrari tour of Latvia is approaching! 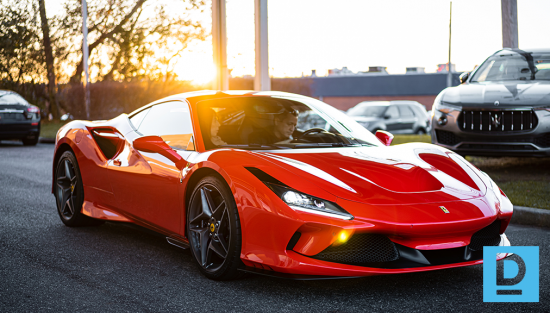 Scuderia Ferrari Club Riga, Ferrari fan club in Latvia, was founded in 2013. It made it possible to take a step closer to the dream of a Ferrari lifestyle and enjoy its benefits not only as its owner but also as a fan. This brand is definitely a sign of excellence and achievement, and it brings together personalities just as great. Both Ferrari owners and members of the club that do not yet have their own Ferraris take part in the events of the club. One of the cooperation partners of SFC is Presto driving school, and in the next Ferrari tour of Latvia, it is expected that the trainees of this driving school will have the opportunity to enjoy special benefits at this event.

A place to connect

There are several officially recognized clubs in Europe, and they are all united by a common passion for Ferrari and Formula 1. SFC Riga is one of the few Northern European official Ferrari clubs.

The events organized by SFC provide an opportunity to make new contacts and meet not only on a local but also international level. By becoming a member of the club, the doors are opened to participate also in international club events and even receive tickets to Formula 1 Grand Prix.

By choosing a standard membership, a wide range of benefits is offered, starting from discounts in Ferrari stores to participation in Ferrari events F1, Finali Mondiali and Ferrari Challenge presentations. Also a discounted admission to Ferrari museum and a tour of Ferrari factory is offered. There are also many other additional bonuses included, such as a discounted admission to Ferrari Abu Dhabi theme park and Ferrari Land PortAventura.

During SFC events, it is possible to meet other Ferrari owners, it is an opportunity to share experience, exchange information and gain new impressions together. It is a place where like-minded people meet, where friends and valuable business contacts are made.

Given the international nature of the club, the development of cultural, economical and social ties with other nations is encouraged. For example, in 2018 a SFC Riga event was organized in Sicily in collaboration with the Italian Blind and Visually Impaired Union. The blind were given an opportunity to experience the power of a Ferrari by taking a seat next to the driver. The event was full of emotions and enabled the team to learn how a Ferrari is experienced with other senses. To most participants, it was the first driving experience on the track.

During the last 2 years, in 2020 and 2021, SFC Riga has also participated in the global accessibility days by demonstrating a presentation to a global audience, including Microsoft. The event was aimed at those working in digital technologies - developers, designers, etc. focusing on disability issues and how to promote accessibility and inclusiveness. Already for several years now, SFC Riga club has been paying special attention especially to the issue of inclusiveness for the visually impaired

The biggest event of the year for SFC Riga is the Ferrari tour 2022 in Latvia that will take place from the 17th till the 24th July. The event will be hosted both by SFC Riga and SFC Luxemburg. Also the Italian Blid and Visually Impaired Union is taking part in the organization of the event. The Ferraris will be followed by a bus of blind and visually impaired, and during this event, they will have a chance to spend a part of the route in a Ferrari's passenger's seat, next to the driver. This will be a unique and historic event in automobile history, and that is why it will be documented by journalists, operators and video artists.

Overall, the itinerant Ferrari tour event is expected to make a trip of about 1000 km. It will be an option to get to know Latvian biggest cities. In each of the cities, there will be a stop made with various events offered, and also the locals will be invited to join. They will have an opportunity to take a look at Ferraris and take photos. Presto driving school trainees will be offered special bonuses and benefits to enjoy the event even more.

The starting point of the Ferrari tour will be the Latvian capital Riga, next it is planned to go to Sigulda, Valmiera, Cēsis, Bauska, Kuldīga, Ventspils and Jūrmala. Finally, the tour will end in a ring composition in Riga. Taking into account that the hosted tour of SFC will be an international event, participants are expected to arrive not only from Latvia but also from other European countries.

The Ferrari tour is an exclusive event, and still it is also open to a wider audience. When calling at the cities, also the locals will have an opportunity to gain new impressions and get acquainted with the Ferrari world.

Also Presto driving school will be in the event

If you want to become a member and book your place at the event, find out about your options and apply on sfcriga.com!

Popular articles
Sensational news: Lewis Hamilton in Ferrari
F1. The Chinese Grand Prix was postponed because of the epidemic of the coronavirus
There was a serious engine failure in the Mercedes car
Mercedes: Ferrari can hide its potential
Williams showed their tests and compromised themselves.
Mercedes has prepared a secret weapon for the new F1 season
George Russell jokes about the Williams car. "It's definitely faster than last year."
The big event! The Ferrari tour of Latvia is approaching!