Suspended all F1 events due to coronavirus

Problems of the organizers of the Formula 1 race in China. The test stage will not pass within the planned time frame. The world Cup tour is scheduled for April 19 in Shanghai. Local authorities announced the suspension of sports events due to the fight against coronavirus. Concerns about illness may even lead to the cancellation of the race.

It is unknown whether there will be a question of moving the event to another date, although this will certainly be difficult to talk about - the F1 season calendar has already been officially confirmed. Therefore, it is possible that the race will have to be canceled.

On Wednesday, the Shanghai sports Association asked all organizers of sports events to suspend those planned for the near future due to concerns about the coronavirus.

"Until the threat passes, it is necessary to abandon all mass events," the report said. "At the stage of preparation, there is a plan to prevent the epidemic. Sports organizations should implement a daily hygiene management system and strengthen medical education so that employees can be more effectively protected, " the report said. 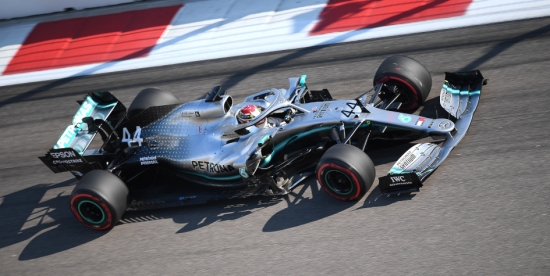 Last season, the Grand Prix in Shanghai was won by Briton Lewis Hamilton of Mercedes. On the podium were also his fin team-mate Valteri Bottas and German Sebastian Vettel, who plays for Ferrari.http://fiatforum.lv/http://fiatforum.lv/

Popular articles
George Russell jokes about the Williams car. "It's definitely faster than last year."
There was a serious engine failure in the Mercedes car
Giovinazzi: the car still needs some changes
Suspended all F1 events due to coronavirus
F1 legend: what Hamilton needs to catch up with Schumacher for titles
Williams surprise again
Ferrari: Leclerc is better than Vettel
Raikkonen: We must stay focused on the latest tests