F1 legend: what Hamilton needs to catch up with Schumacher for titles

In Formula 1, everything is a bit like football. Everyone goes to win a Mercedes. The sixth championship title of both designers and drivers convincingly confirms this. Still, it was hard to get bored this season. We saw interesting races, turns and an element of surprise from Ferrari.

Lewis Hamilton is not only a 6-time world champion. This is a driver who doesn't really have weaknesses and wants to be better and better all the time. "I don't have a single driving style anymore, I can change it depending on my needs and adjust it even for one lap," he explained in Abu Dhabi. In the last Grand Prix, he experimented to see if there was a way to squeeze even more out of the car. Although he had the title in his pocket for more than a month, he won in qualifying (for the 88th time) and in the race (for the 84th time). 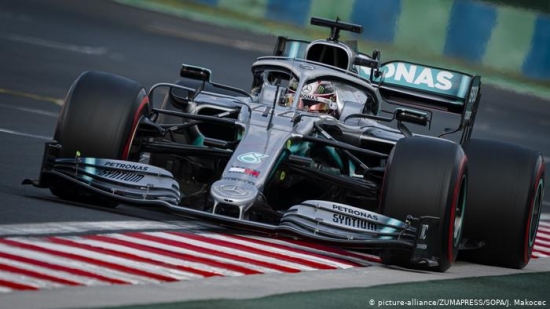 Although he doesn't admit it out loud, he definitely wants to break Michael Schumacher's records, which until recently were considered unattainable. He is 7 wins short of 91 wins at the Shumigo Grand Prix, 4 podium places to the German's 155, and one championship title to the 7 that Schumacher secured. This season was a little different in Hamilton's performance. In addition to what he does on the track, he is increasingly involved in saving the world from environmental destruction. He sold a private jet, uses electric cars, tries to travel less, and became the face of a vegan restaurant chain. It seems to suit him very well, because on the track he is irresistible. This is probably the best version of Lewis Hamilton since the beginning of his career.http://fiatforum.lv/http://fiatforum.lv/

Popular articles
Suspended all F1 events due to coronavirus
Hamilton is in no hurry to start negotiations with Mercedes
Ferrari: Leclerc is better than Vettel
Gazprom may become a title sponsor of Williams
Sensational news: Lewis Hamilton in Ferrari
Mercedes: Ferrari can hide its potential
Raikkonen: We must stay focused on the latest tests
F1 legend: what Hamilton needs to catch up with Schumacher for titles